It's been quite a long time. I've not been hiking, being completely absorbed in other projects, but hope to change that. In the meantime, here's something I saw today.

Arguably, the most important sacrifice in Judaism is the Pesach (Passover) sacrifice. Men, women, children and slaves are all obliged to partake. It commemorates our nation's birth from Egypt. Unfortunately, since the Romans destroyed the Temple, we can't bring sacrifices. But we can prepare for the time when the Temple will be rebuilt. Groups like the Temple Institute are working on this constantly. Rav Yehuda Glick is involved in this effort-he was shot by an Arab terrorist a few months ago but made a miraculous recovery.

One of the things they do is to have a practice Pesach sacrifice. This has been going on for several years. It's not an actual sacrifice-it's practice. But it is a significant step towards the rebuilding of the Temple. Notably, there were leftist protesters outside this year, but no Muslim ones.

There were some speeches before the event by Rav Shmuel Eliyahu, the Chief Rabbi of the holy city of Tzfat, the Chief Rabbi of Jerusalem, and Rav Glick. The actual slaughter took place behind a curtain. The Kohanim, who are on stage, passed the blood and poured it on the practice altar, then burned the helev, the fatty portions, after which the entire sheep was roasted.

I was quite interested in the faces of the people there. It was very inspiring to see Jews with their families, small children, teenagers, Ashkenazim, Sepharadim, Yemenites, Chassidim, Litvaks, Religious Zionists and secular Jews, all come together for this. Something about their expressions makes me think that in my lifetime, before I am old, I will have the merit to see hundreds of thousands of Jews in a rebuilt Temple, bringing real sacrifices. 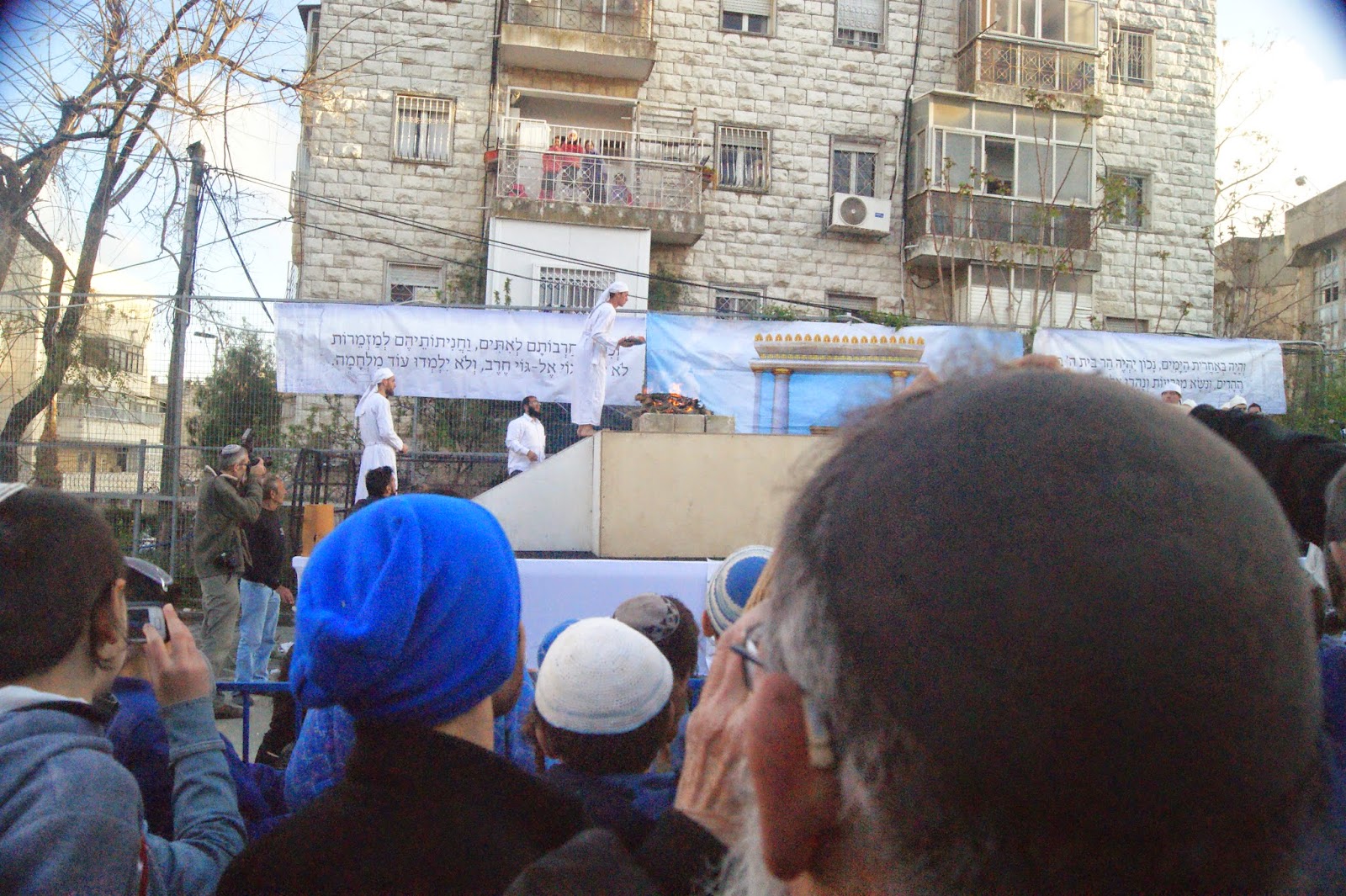 Scroll down for more pictures

It's been a while, I know

Things have been hectic, and are going to be that way for a while. But I've got some pictures of a small settlement overlooking Nahal Kana, a dry river about 20 km west of Tel Aviv. Enjoy! 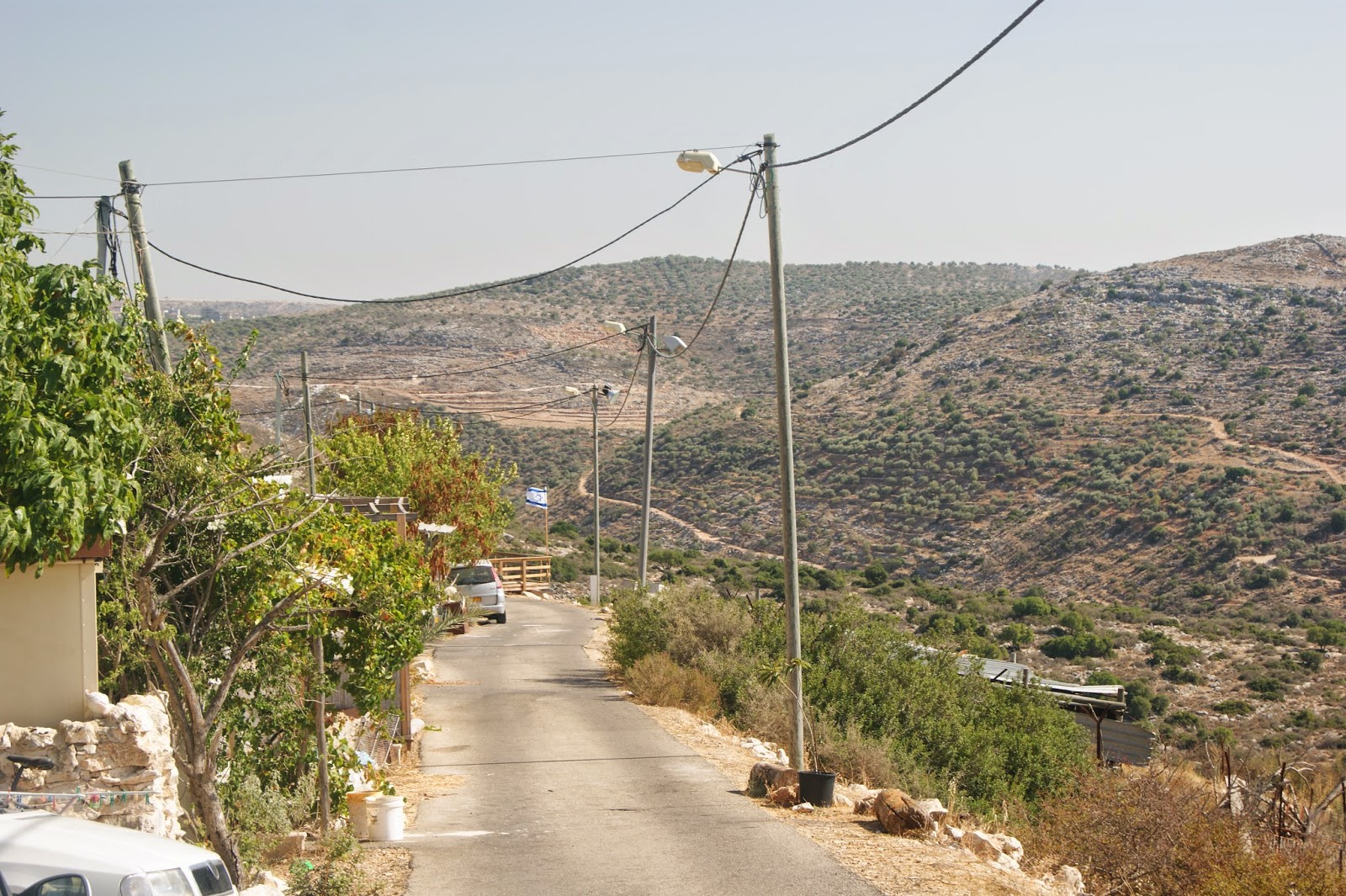 Short Hike From Mevaseret Zion Through The Judean Mountains

These pictures are from the Jerusalem-Tel Aviv corridor. It was the site of many battles during the 1948 war, as the Israelis fought to keep the Arabs from cutting off communications to Jerusalem, which was under siege and whose residents almost starved. There are a lot of  very interesting and inspiring stories, including the Burma Road, a bypass built in record time to keep supply convoys to Jerusalem running as they were being ambushed on the main road. Anyway, I hiked south of Highway 1, which links Jerusalem to Tel Aviv. After the war, the corridor, which is very mountainous, was planted with trees by the Jews. In the pictures from 1948, you can see barren hillsides covered with garrengue, the landscape you get after you chop down all the trees for wood and then herd goats and sheep over the land to such a degree that only spiny, thorny bushes can survive. Today, there are huge trees everywhere, pines, figs, even palms. It looks a bit like the low mountains of Bosnia or the Appalachians.

I've been busy with school, no time for hiking, but will get some stuff up in the next couple of weeks. In the meantime, next door it's Aliens vs. Predator: no matter who loses, we all win.

I hiked the hills below Bat Ayin. There are several streams coming out of the mountain and running in parallel down draws. First, a little more Bat Ayin Bet: 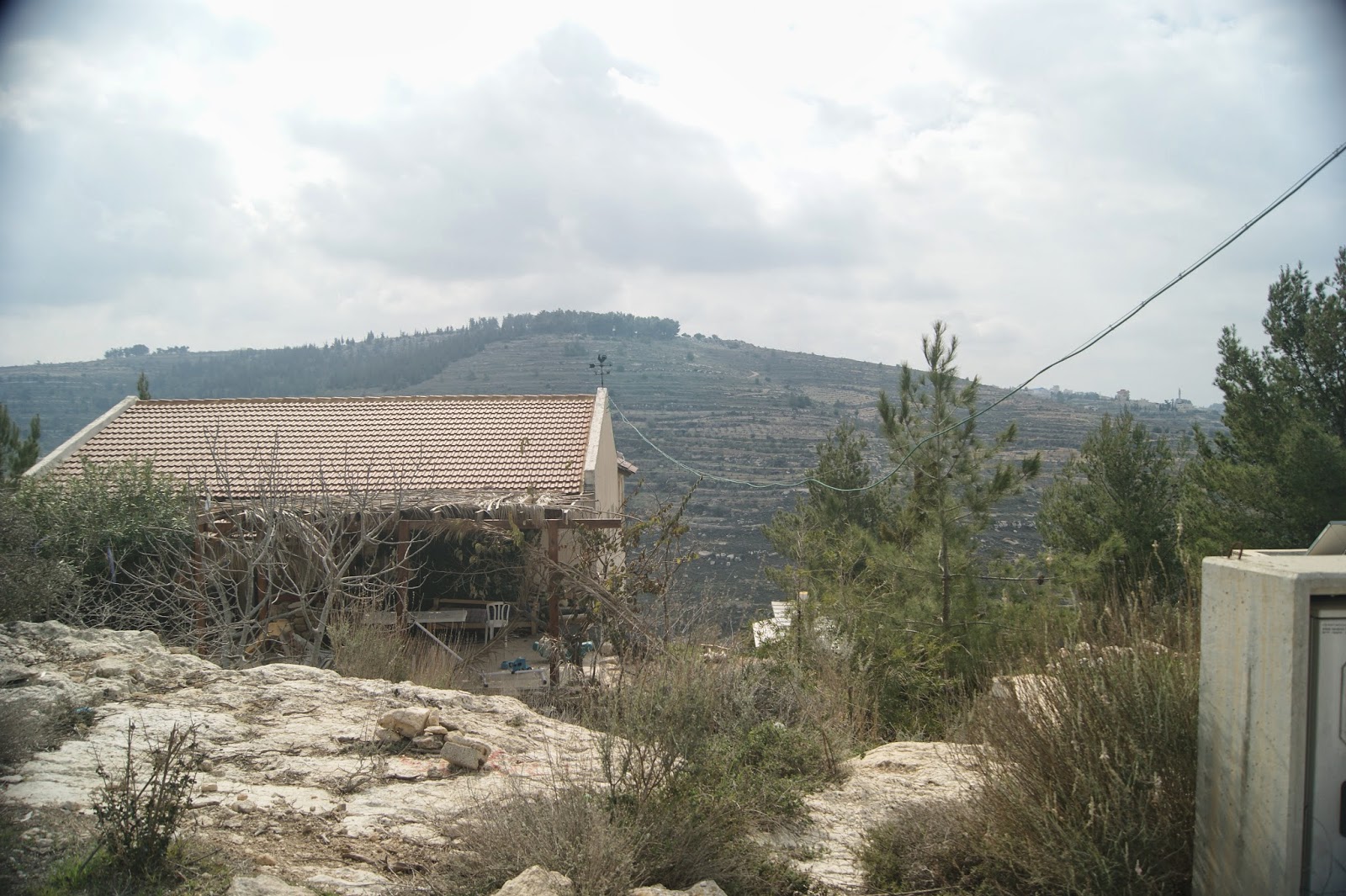 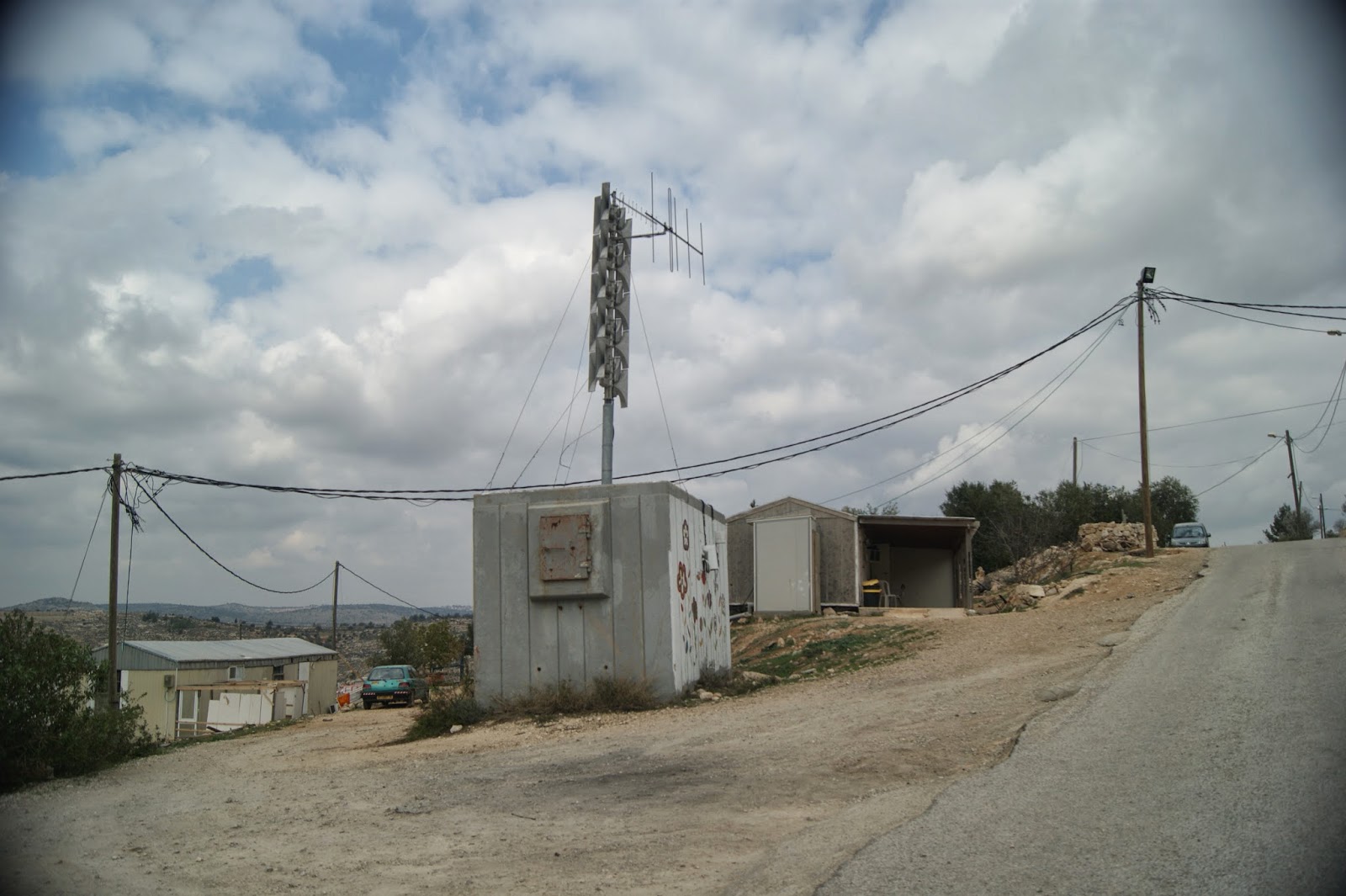 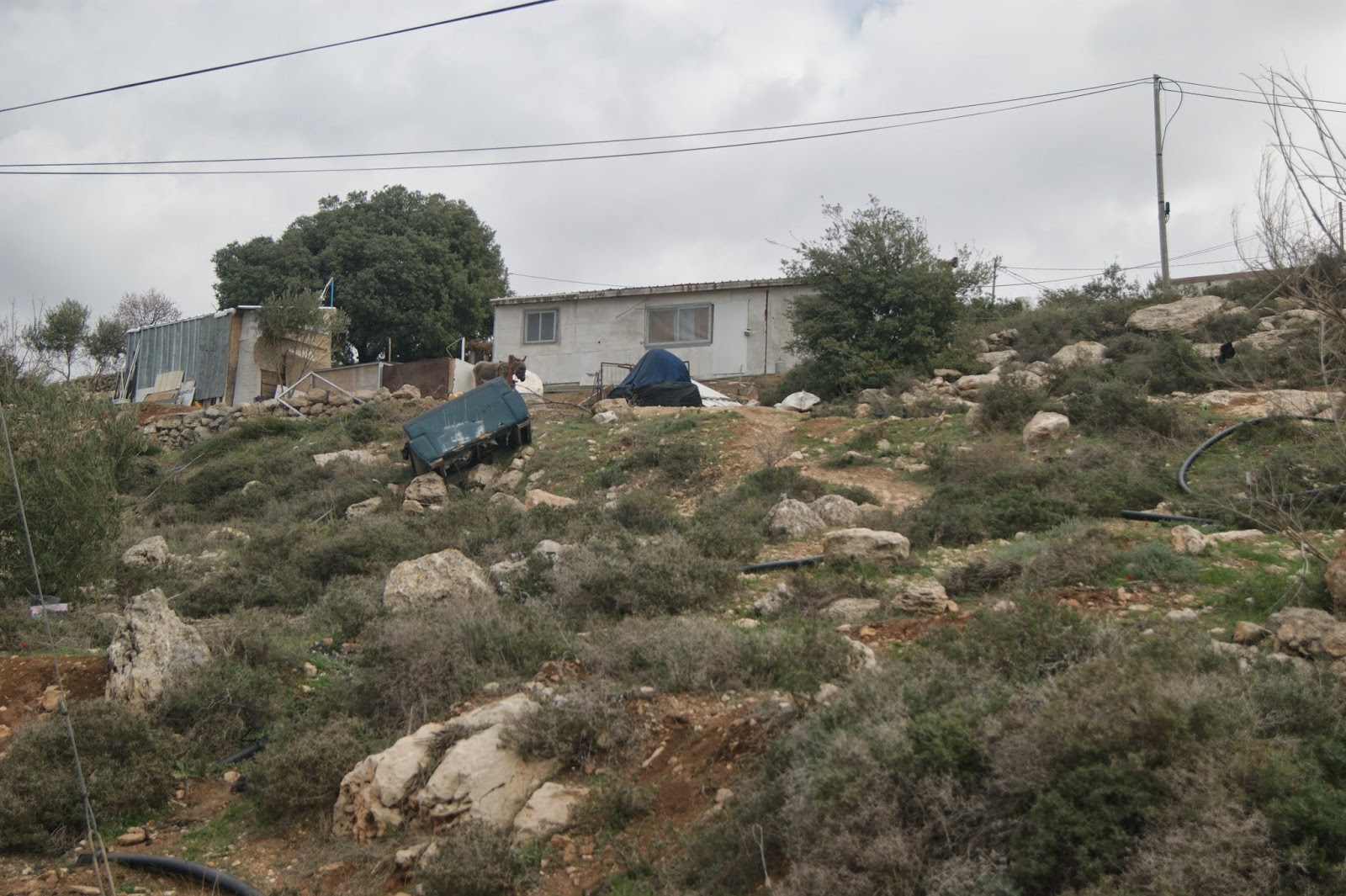 Bat Ayin is a settlement in the Judean mountains 30 minutes south of Jerusalem at an elevation of about 700 meters. They are a bit hippyish, in a very right-wing Jewish way. They try to use Jewish labor exclusively (most settlements are built and maintained with Arab labor.) They've had a lot of trouble with harassment from the Shin Bet's Jewish section (the Yevsekciya, if that tells my readers anything) and the government in general. In a move close to my heart, they don't have a fence, on the proper understanding that putting yourself into a ghetto is not a wise or dignified move.

Bat Ayin started off on top of the mountain and grew downwards. The houses up top, in Bat Ayin Aleph, are more established and built up. As you move downhill, to Bat Ayin Bet, it looks a bit more like a trailer park-people build their home the best they can, then make improvements as their financial situation becomes more established. There is no code, so even the established houses look very individual. Everyone has lots of kids, and dogs run free.